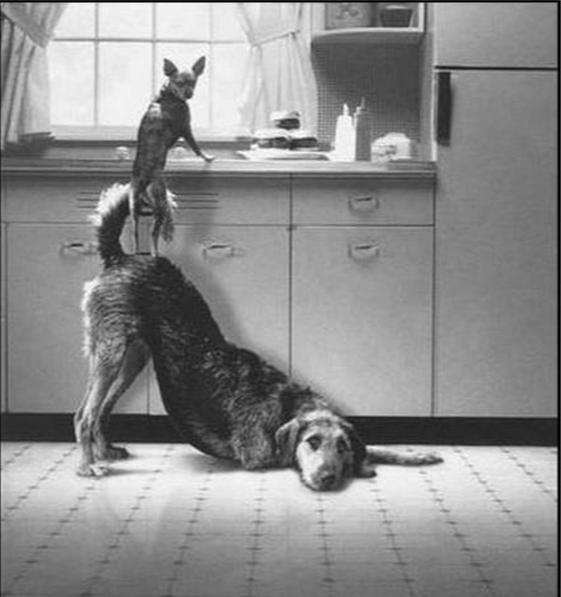 Effective Altruism (EA) is a movement that seeks to apply rational thinking to decide the optimum way to help the most people. This is a quote from the effective altruism website: “This project matters because, while many attempts to do good fail, some are enormously effective. For instance, some charities help 100 or even 1,000 times as many people as others, when given the same amount of resources.”

Sam Bankman-Fried was a card-carrying Effective Altruist. He started his crypto firm with the specific mission to make as much money as possible, so that he could give it all away. He was following an Effective Altruism principle – ‘earn to give’ – which advises people to make a lot of money first, so that they can have an outsized philanthropic impact.

Many of the biggest advocates of Effective Altruism are Rationalists and/or Technologists like Steven Pinker, Elon Musk, Peter Thiel and Dustin Moskovitz (one of the founders of Facebook). One thing that unites these people is a belief in the power of human reason to solve humanity’s biggest problems. In a podcast this week, Sam Harris talked about empathy being a ‘bug’ in our human coding, not a ‘feature’. Humans are biased – we would prefer to help one individual we can feel a connection to, rather than one hundred people we only know as data and don’t feel an emotional connection to. If we can fix this ‘bug’, override our empathy, we can make more rational decisions and help more people more effectively.

There is absolutely nothing wrong with wanting our charitable efforts to be as effective as possible. But I worry about the worship of Rationality at the expense of other elements of our human beingness.

If you see a child on your street who is starving, cold, and alone, you could take them into your home, give them some food and a warm bath. But if you know that in 10 years time, 1000 children in a different country will be starving, cold, and alone, and that you could help with the same amount of time and effort, you have a moral obligation to help them, not the child on your street.

This might seem like a simplistic and abstract example. But the Effective Altruism movement has diverted money, lots of money, to specific causes that are supposedly rationally calculated through research to be the most important and effective causes we should be giving money and time to. The movement has recently focused a lot of attention and resource into dealing with long-term existential risks, like the threat of AI and predicting future pandemics. These are important matters. But as Linda Kinstler writes in The Economist: “Bankman-Fried…was a proponent of the longtermist ethos, in which prediction and speculation are often indistinguishable and obligations to a probabilistic future outweigh those to the material present.”

This doesn’t mean we should abandon the idea of Effective Altruism. But we need to acknowledge that human beings, even the supposedly most rational ones, are driven by non-rational forces. Elon Musk can do a single tweet about crypto that sends stocks plummeting. A month later he can do a tweet that sends crypto stocks soaring. Markets are not rational, because they are formed of networks of human beings who are easily influenced by others emotions, and a single person’s opinion. Elon Musk is not a super rational machine.

I am grateful we have people thinking about existential risks that our children and their children will face. But I refuse to accept that my empathy or my desire to help the person in front of me is a ‘bug’.

When we are too attached to the outcome of our helping, we easily lose sight of the person in front of us who is suffering. In his book How Can I Help? Ram Dass says that: “At times, helping simply happens in the way of things. It’s not something we really think about, merely the instinctive response of an open heart. Caring is a reflex. Someone slips, your arm goes out. A car is in the ditch, you join others and push…You live, you help.”

Unlike the code on which Bankman-Fried’s crypto-bubble was built, life is often non-binary. We don’t have to choose between empathy and reason, or between effective altruism and karma yoga. Ultimately, who and how we choose to help is a decision based on our own values. And it helps to acknowledge that.

For me, I know that when I am focused on helping the person in front of me, letting go of attachment to outcomes, a certain kind of peace arises within me. And who can calculate the ripples that spread from us across time and space, when we operate from a place of peace.