How to Get Free and Grow in Harmony #1: Boredom 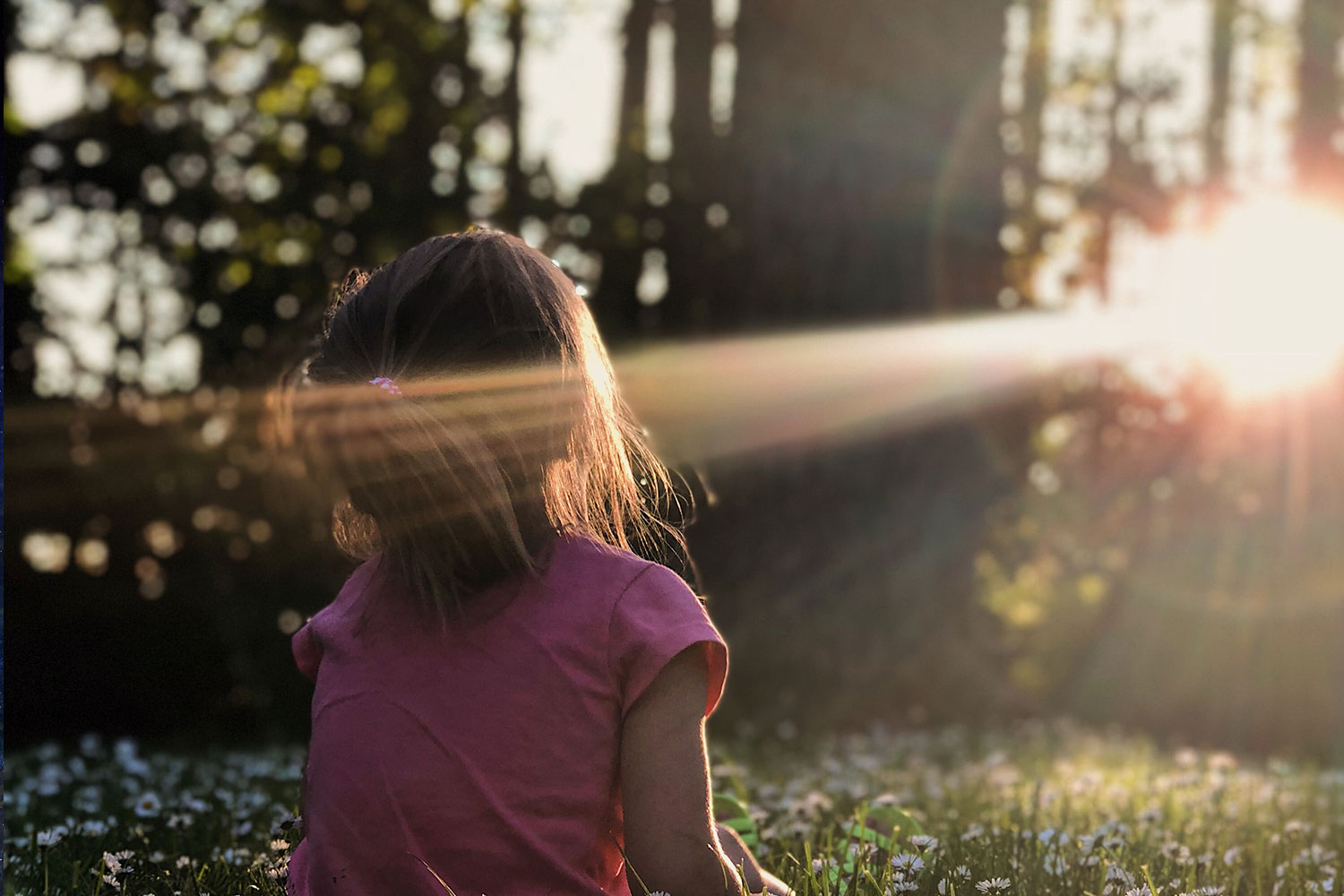 Yawn, yawn, yawn. Boredom sounds like a pretty boring and trivial topic, right? But although the mere prospect of reading about boredom may be causing you to yawn so wide it swallows up your face, when you look a little deeper, you will see that boredom as a human behavioural response reveals some vital lessons about why we suffer. Danish philosopher Soren Kierkegaard went as far as to say that: ” Boredom is the root of all evil – the despairing refusal to be oneself .”

Welcome to the first in a series of curated doses of wisdom from A Quiet Evolution. In this series, we will get our psychological microscopes out and look in detail at some of the key areas of human life that can either prevent us or can help us be free from suffering and live in ultimate peace. Each newsletter will finish with your very own dose of wisdom, based on the topic. And so, without much further ado or yawning, please enjoy this first topic: boredom.

1. Are you bored already? Attention-deficit and boredom.

You are probably reading this in a rush, acutely aware of (perhaps addicted to) the stream of information and communications that you feel you need to keep on top of in this age of information overload. This brilliant article looks at the connection between information and boredom, starting with the question: ‘How could any kid be bored when they have Google?’. It goes on to show, through studies, that in fact much of our information-seeking behaviour online is plagued by an overwhelming sense of boredom. How many times have you scrolled down your echo-chambered Facebook newsfeed, just because? As the author here explains: “The trouble is that information doesn’t nourish us. Worse. In the end, it turns out to be boring.”

Psychologists have shown that attention is linked to boredom, so that if you can’t focus on one thing for very long, you are more likely to get bored. This same study discovered that very bored people tend to blame the external environment for their internal state, e.g. “This task is boring.” Are you one of the many people who now flick through their phone or computer whilst watching a film? Do you compulsively multitask? According to Earl Miller, leading expert in multitasking, you are damaging your brain by doing this : “we are not wired to multitask well… When people think they’re multitasking, they’re actually just switching from one task to another very rapidly. And every time they do, there’s a cognitive cost in doing so.”

2. The growth of boredom in adolescence.

The classic stereotype of being bored is the teenager who suddenly finds a lot of the activities that they used to find interesting boring, as in this classic rendition by British comedian Harry Enfield.

Why do we change from being a child that can be filled with awe and joy playing with a piece of tissue…to an adolescent that gets bored so painfully and so easily? Well, in , he points to research that shows our brains are developing as teenagers more than at any other time:” The brain is a collection of cells that communicate with one another using chemicals called neurotransmitters. During adolescence there is an increase in the activity of the neural circuits using dopamine, a neurotransmitter central in creating our drive for reward. Starting in early adolescence and peaking midway through, this enhanced dopamine release causes adolescents to gravitate toward thrilling experiences and exhilarating sensations. ” This is why teenagers are more susceptible to addictive behaviours, and at much higher risk for suicide.

Ironically, boredom has been a topic of great interest to philosophers over the years. Philosophers are experts in finding meaning in the dullest of things. Blaise Pascal said that: ” All of humanity’s problems stem from man’s inability to sit quietly in a room alone.” Clearly Blaise decided to sit in a room and write about it! In this article on boredom , we learn the intimate connection between being bored and showing contempt to the thing that we are bored with, whether it be our parents, a dinner party conversation, or life in general. Thus, boredom has traditionally been linked to a sense of nobility and superiority: ” Although existential boredom is not tied to a temporary situation, such as a wearisome domestic chore, it is no less the fruit of circumstance, insofar as it stems from a certain degree of wealth and leisure. By and large, illiterate peasants working all day in the field don’t have the luxury to despair at the ceaseless collapse of culturally generated meaning in a godless universe.”

4. The danger of boredom

“Boredom may become Western man’s greatest source of unhappiness. Catastrophe alone would appear to be the surest and, in today’s world, the most likely of liberations from boredom. ” (Robert Nisbet)

” If the human race disappears, it will be out of ennui and boredom. Mankind will gradually be consumed … Look at these world wars, for example, which apparently bear witness to a violent vitality in man but which actually prove its growing lethargy. It will end with vast numbers being led to the slaughter at certain times.” (Georges Bernanos)

As young children, we are all able to entertain ourselves with almost anything. Human beings have an innate drive to play, to create, and to be curious about the world. Sadly, this gets drummed out of us by the increasing levels of largely passive infotainment/entertainment we absorb mindlessly in modern culture, often through our devices. In , we hear about a feeling of living in a movie, a passive need to have something break the all-too-painful silence :

As we are becoming less and less able to tolerate boredom, we are also more likely to cause harm to ourselves and the world around us. You may have heard of the recent experiment where a team simply left subjects by themselves in a room for 15 minutes with a button that allowed them to give themselves an electric shock on the ankle. Many participants ended up giving themselves the electric shock just to break up the tedium. This may sound insane to you, but most of us will choose pain over boredom or nothingness. So maybe from this point of view, we are all a little insane? How many times have you provoked a reaction in a relationship, just to get some kind of response, just to break the silence? The latest scientific research has showed that our cortisol levels rise when we are bored. Cortisol is the stress hormone, and so it is not surprising that when we are feeling bored we are desperate to do anything to get rid of it, as shown in this documentary trailer.

5. Boredom, the separate self, and our sense of time.

Boredom is intimately related to our sense of ourselves as separate and disconnected from other people. Boredom is also related to our sense of time. The saying goes that time flies when we are having fun, but time drags painfully when we are bored. This is not always true. Sometime time can seem to stand still when we are in awe of something, and conversely as we get older time can seem to go so quickly, as though it is slipping through our fingers. In this fascinating piece about how our minds warp time , we learn that as we grow older we feel as though there are less new experiences, and this sense of repetition is why we feel time speeds up

6. What can you do about boredom?

“Boredom has to be accepted as an unavoidable fact, as life’s own gravity.” (Professor Lars Svendsen)

We should embrace boredom, according to this wonderful piece on the BBC future section. When we embrace boredom, rather than avoiding it, we can often discover it is telling us something about our self. Perhaps we are lacking a sense of meaning and purpose in our life. Perhaps we feel uncomfortable in our own skin. Whatever the primary cause, unless we can sit still and make contact with our boredom, we will never find out. This can act as a kind of exposure therapy, where we accustom ourselves gradually to the ‘pain’ of boredom, so that we suffer less in the future. The more we limit external stimulus, the more resourceful our internal worlds become, something Kierkegaard recognised: “The more a person limits himself, the more resourceful he becomes. A solitary prisoner for life is extremely resourceful; to him a spider can be a source of great amusement. What a meticulous observer one becomes, detecting every little sound or movement .”  So taking yourself away from outside distractions could actually be the best cure for your boredom, even though it may feel initially like the most boring thing to do. John Kabat-Zinn, mindfulness master, says that “when you pay attention to boredom, it gets unbelievably interesting. ” In this way you can start to see your inner life (as well as your outer life) as a curious adventure full of things to be delved into and discovered. What does it actually feel like to be bored? Can you feel it somewhere in your body? What kind of stories is your mind telling you that are preventing you from being still and peaceful?

The Dose of Wisdom

Spend at least 10 minutes every day for the next week exposing your self to the state where you have no distractions whatsoever, and simply watch what happens to your mind. Don’t try to meditate. Just sit still and do nothing. This simple exercise will teach you everything you need to know about your mind:)

Thank you for listening. Hope this was not too boring for you.